Chaturmas is a holy period of four months dedicated for self study and practice of  austerities, fasting, bathing in holy rivers and meditation. This is the time when Lord Vishnu who is the protector of the universe takes rest and Lord Shiva takes care of us.Therefore devotees/aspirants have been recommended to follow certain rituals and ask to spend time for
1- Self study
(Swadhyaya),
2- Maintain silence(maun vrat),
3- Restrain from favourite food item and activities and do Fasting (Pratyahara)
4-Spend time with Guru  (Ishvarapranidhana)
5 -Cleansing body and mind through cleansing tool as per Ayurveda (Panchkarma) and Yoga (Shatkarma)
AYG Academy organises special discourse from masters and celebrates its first year of foundation day too. Dr. P. Rammanohar is the Research Director of Amrita School of Ayurveda. He received BAMS degree from Bharathiyar University, Coimbatore, in 1991 and MD (Ay) degree from Rajiv Gandhi University of Health Sciences, Bengaluru, in 2001. He has been contributing in the field of Ayurvedic research since the last 30 years. His publications include research papers in indexed journals and chapters in books. He was honored with the Ayurveda Marga Pravarthaka Award by the L. Mahadevan’s Ayurveda Foundation in 2014 and Vaidya Sundarlal Joshi Smriti Sodha Puraskara by the Mahagujarat Medical Society in 2015. In 2016, Poonthottam Ayurvedashram bestowed the Bharadvaja Puraskaram Award to him for contributions to research in Ayurveda. In 2017, he was honoured with Dr. C. Dwarakanath Memorial Award by IASTAM for contributions to contemporary interpretations of the principles of Ayurveda. He has made research visits to United States, United Kingdom, Canada, Argentina, Brazil, Germany, France, Netherlands, Italy, Austria, Latvia, Russia, Denmark, Belgium, Singapore, Switzerland, Thailand and Sri Lanka for the promotion of Ayurveda. 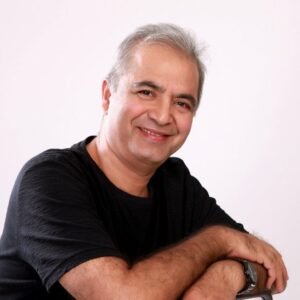 Asheet Ambekar is a leading exponent of the Yoga Sutras of Patanjali and is regularly invited for lectures and discourses at renowned institutions in India and abroad. He has been a dedicated Yoga practitioner for many years and a teacher for more than fifteen years. Asheet is also a certified Counselor and Psychotherapist. Dr. Mona Gujral
Dr.Mona Gujral is the author of bestselling book, “Raising a Mindful Parent”, a certified coach, and a subconscious re-programming coach. She is a Dental Surgeon by qualification, who altered the course of her career to address the needs of her family and growing children.
Dr.Mona Gujral is a Council member of WICCI Rajasthan in Elementary education. She is a Mindful Parenting speaker and has done many programs and talks in some the prestigious schools in the country.
Dr.Mona was awarded with the Power Woman Award in 2021 in recognition to her contribution in the field of parenting by the Lead India Foundation, founded by the Late President Shri Abdul Kalam.
She has a private practice in Gurgaon where she counsels and guides the parents to help them create enriching relationships with their children.
For the past few years she has been guiding parents through this beautiful journey of pregnancy into parenting through the “Garbha Sanskara Program”. Dr. Radhakrishnan Pillai
Dr. Radhakrishnan Pillai, fondly known as CHANAKYA Pillai, He is a teacher to his students, an author to his readers, a management trainer, consultant and guide to his clients.
He is Author Of The Book, Corporate Chanakya, Winner Of The 2009 Sardar Patel Award, Dr. Pillai Is A Leading Management Guru And Also The Director Of The Chanakya Institute Of Public Leadership (Cipl) – A Training For Future Leaders Inspired By The Ancient Indian Wisdom.
Radhakrishnan Pillai has been confirmed with the Sardar Patel National award 09 for his research on Chanakya and his principles.

This website uses cookies to improve your experience while you navigate through the website. Out of these cookies, the cookies that are categorized as necessary are stored on your browser as they are essential for the working of basic functionalities of the website. We also use third-party cookies that help us analyze and understand how you use this website. These cookies will be stored in your browser only with your consent. You also have the option to opt-out of these cookies. But opting out of some of these cookies may have an effect on your browsing experience.
Necessary Always Enabled
Necessary cookies are absolutely essential for the website to function properly. This category only includes cookies that ensures basic functionalities and security features of the website. These cookies do not store any personal information.
Non-necessary
Any cookies that may not be particularly necessary for the website to function and is used specifically to collect user personal data via analytics, ads, other embedded contents are termed as non-necessary cookies. It is mandatory to procure user consent prior to running these cookies on your website.
SAVE & ACCEPT